Whilst I was on holiday last month, I was lucky enough to practice yoga almost every day, as the hotel ran mid-morning classes six days a week.  We practised in front of the beautiful blue sea, and the weather was just warm enough - it was great to jump straight in the swimming pool after the class and I was sad to say goodbye to my teacher on the last day but I knew I would still have my yoga when I got home, even if the weather was colder, and the blue sea had been replaced by brown puddles!

Being a teacher, I got chatting to a few people before and after the class just to see if they had done yoga before, and the one sentence that kept cropping up over the two weeks I was there was: 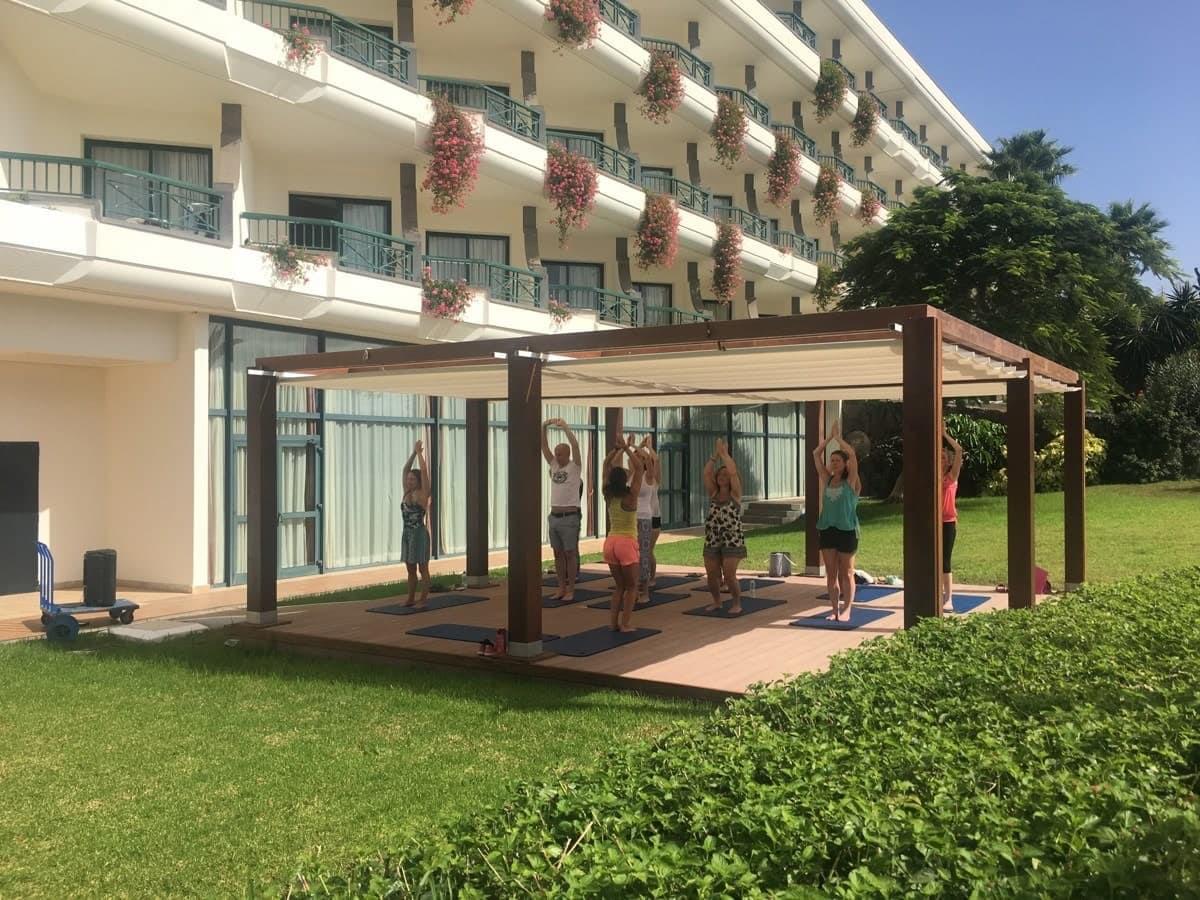 I have heard this so much over the years I’ve been practising. People kept saying to me that while they were on holiday, they thought they’d give it a try but they didn’t have time at home. Everyone enjoyed the class though, and I wondered how many would try and find a class when they’d finished their holiday, and got back into their familiar routine…?

We are all guilty of putting things off, and many times we tell ourselves that we don’t do things for a reason, and that’s how it’s meant to be. I put off my teacher training eleven years ago… I had written out the email to sign up for my BWY Teacher Training Diploma, and I didn’t have the confidence or courage to send it. I ended up doing it all those years later. It may or may not have happened for a reason, and it may have been for the best, who knows?

Yoga is a light which once lit, will never dim...

I also have as many enquiries about my classes that don’t come to a class, as do come. Why is that? It could be for many reasons, but the easiest explanation is people just keep putting it off.

Yoga might not be for everyone, but in my experience over the years, I have found that most people have enjoyed yoga once they’ve tried it, and many have continued their practice long after their first class - reaping all the benefits that yoga can bring.